Dev Diaries I: The Discarded Protocols

Welcome to our new series!

We’ve decided to give you the opportunity to peek behind the scenes at EFS19’s creation by sharing our Dev Diaries. In each episode, a different member of our team will give an insight into a different aspect of the game’s development, from their very specific viewpoint.

And because the release of our first booster pack, the Additional Security Protocols, is just around the corner, we wanted to begin by describing several card ideas that didn’t make it into the deck for one reason or another.

And who best to give an insight into this than Richard Hájek, the man behind the mechanics of the tasks?

“This Protocol has been my personal favorite from the start – in my opinion, it changes the game in the most interesting and fun way. This Protocol adds even more incentive for team members to complete tasks. If they fail, the task may come back to haunt them, as opposed to in a standard game of EFS19, where if you fail a task, you only place a Lockdown token.

This protocol used to have a story closely tied to the idea that Anderson Robotics had infiltrated the Foundation. But nobody on the dev team (besides myself) was happy with this storyline – it didn’t make sense in the context of the card.

Just recently, this Protocol got a new name and an improved story – with no Anderson Robotics.

“On our journey to creating the booster pack, there were several very frustrating cards and Protocol n.12 was one of those. It all started with a simple idea – to confuse the players. The original idea still stands strong, but the wording of this card has gone through several drafts and rollbacks and we still aren’t 100% sure whether it’s clear enough. Currently there’s an ongoing (loving) quarrel between the devs and the proofreaders, where the former claim it’s all good, but the latter see it differently.”

“This protocol is also my baby. The original storyline revolved around a large tragic event, and I derived the characteristics of the task based on this story. I ended up with task ideas related to food, clothing, and time constraints in order to emulate the bad situations the team members would find themselves in.

However, I was told that the properties of a card need to be at least somewhat consistent, which apparently was not the case with my Wandering Survivor. Plus, the card’s story didn’t quite match the other Protocols. The story was an easy one to solve, as we just re-framed one sentence, changed a few quotes and it was good to go. The tasks were more difficult to consolidate and we ended up with one MONSTER of a card that I will REFUSE to play. Rest assured that even for the bravest players, this card will prove to be quite a challenge.” 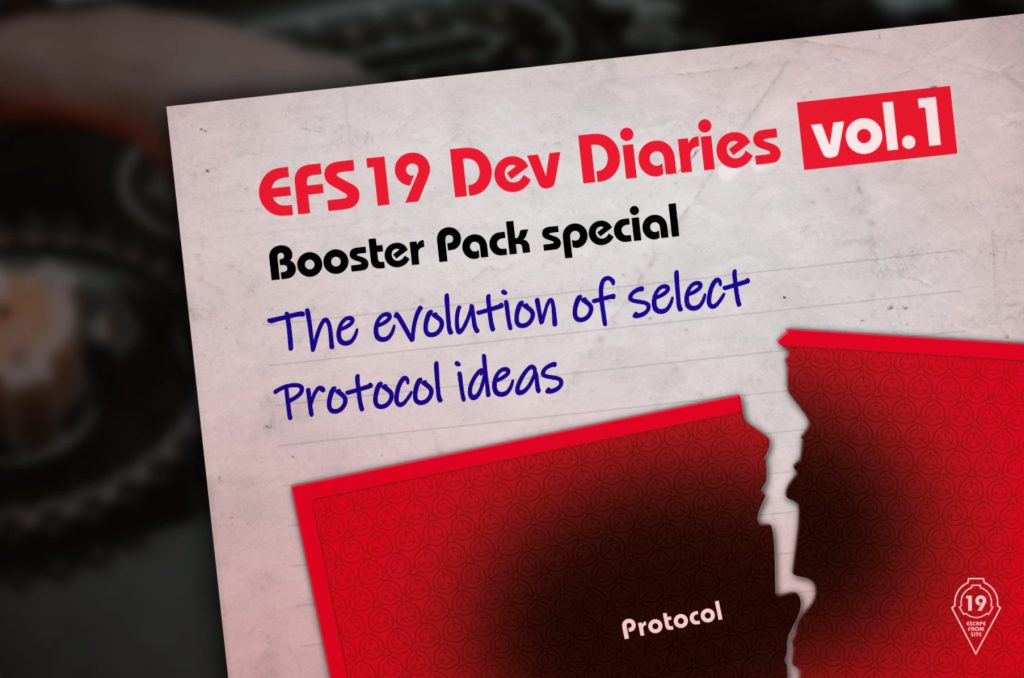